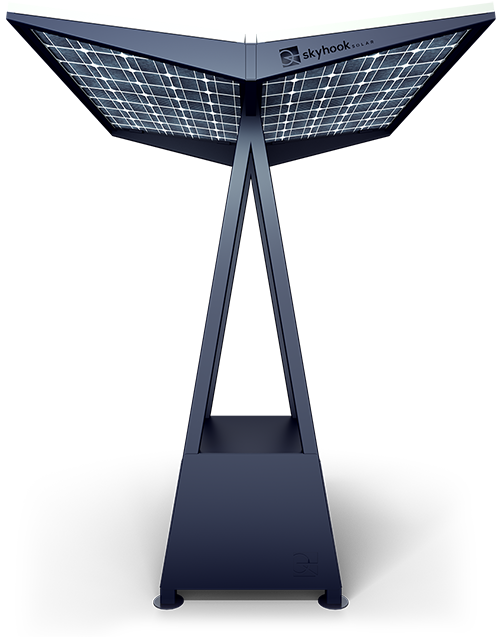 Ideal for for applications that are space constrained

Best Configuration for Applications that are Space Constrained 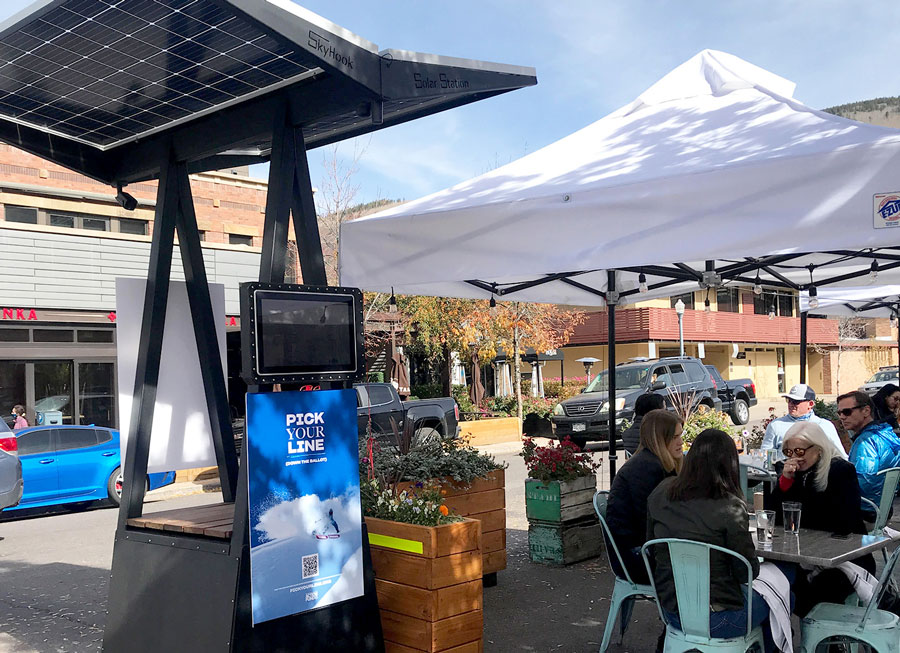 Our Solar Station was deployed to the front of Meat and Cheese, a restaurant in downtown Aspen, Colorado. The Solar Station was there for 3 months as part of a pop up “Coronavirus” sidewalk and street dining experience. The Solar Station delivers physical protection from vehicular traffic while providing lighting, personal device charging, WiFi, and a menu rotation on a LCD screen.

It isn’t always cost effective for fleet micromobility companies to operate in low density, lower use areas. However, micromobility can make a large impact in these neighborhoods, which are often underserved by traditional mass transit.

Skyhook Solar can power many bikes and scooters within one location and help cities and developers by offering charging for private bike owners in public areas. 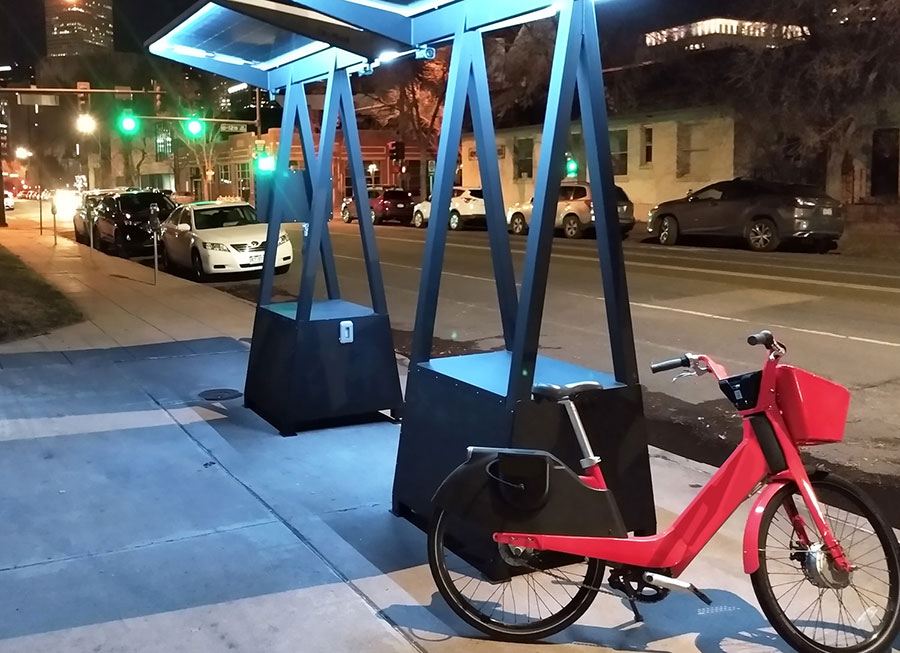 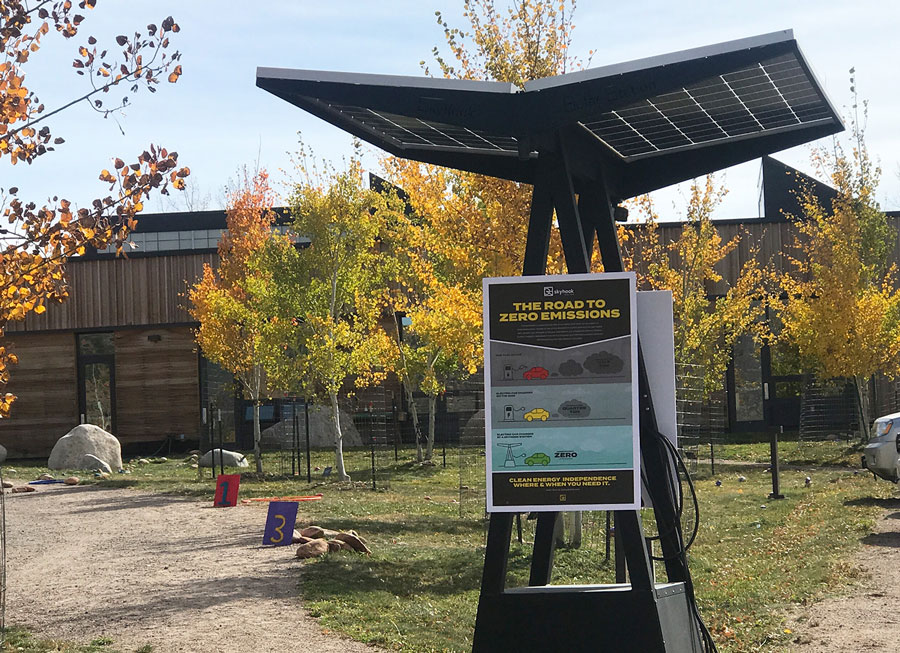 We’re extending broadband! A communication relay point is being used to deliver broadband to underserved locations. The Solar Station provides a quick, single-vendor solution that provides energy and physical structure for housing and mounting the equipment. The output of this technology is more accessible, equitable connectivity.

Today, too many of our systems rely on the grid. We need to examine our ability to be resilient in the face of emergencies caused by more frequent natural disasters. Skyhook Solar can be an essential part of emergency preparedness and disaster response. Our Solar Stations can be in place and ready to serve the most critical emergency needs: lighting, traffic lights, communication, and personal device charging. 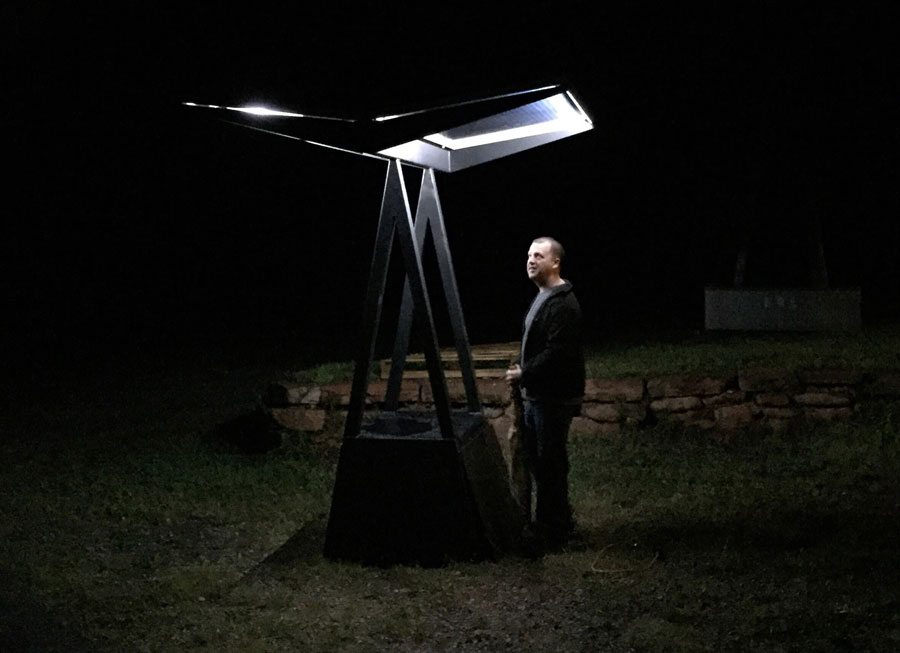 Connect with our team to learn more about the D2 Solar Station and our Skyhook Solar technology today.